Business led me to Olympia yesterday. What a great day for a drive. Not many people were on the roads due to the New Year's holiday and vitamin D was in the air. 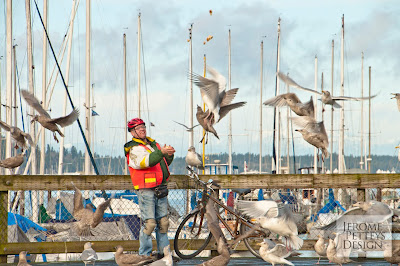 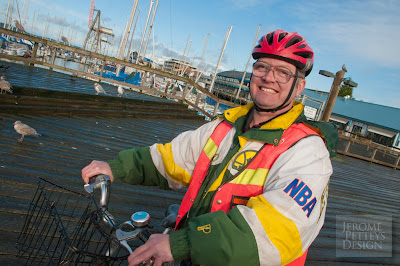 I like visiting the our capitol city. It's a pretty small-town, and I like how manageable it is to get around.

After tending to business, I thought I would walk around the waterfront. I met a new friend, Mark, who was feeding the local seagulls. I was intrigued by the attention he was attracting and the enthusiasm he shared. I inched closer taking candid shots with my camera. Soon he realised he was my focal point and offered to prompt me when he would throw the next clump of bread crumbs. After his supply of bread ran out, we joined in conversation.

I learned that he is a frequent feeder for these birds and that it's the highlight of his day as he travels between volunteer jobs of washing dishes at a local establishment and another job of which I can't remember the details. He said he feeds them at least twice a day. The birds know it time to eat when Mark rings the bell on his bike.

Marks initial comment to me was of thanks for not being mean to him. Apparently not many folks approve of his interest in feeding the local gulls. He says that people don't like the bird's digestive tactics. According to Mark, "they are going to do it anyway, whether he feeds them or not." I tend to agree. I thought that it's a small price to pay once you see how much enjoyment and purpose the activity brings to Mark. I got to thinking that I would have to be a small person (in character) to snatch Mark's moment feeding the birds.

I learned that Mark has a brain condition (I didn't inquire further on specifics) that affects his memory. He asked many questions about me, but mentioned that he may not remember me the next time we meet. However, he had a good grasp on past trends and trivia-type information from the 70's.

I will be returning to Olympia next week. I hope to see him again feeding the birds. 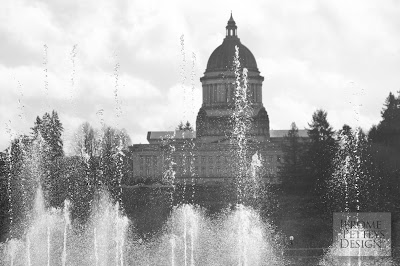 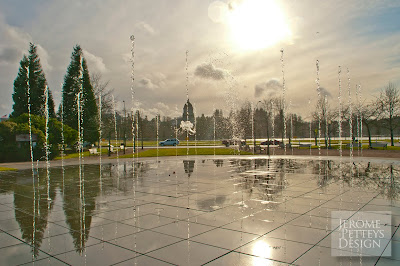 Posted by Jerome Petteys at 8:29 PM No comments: