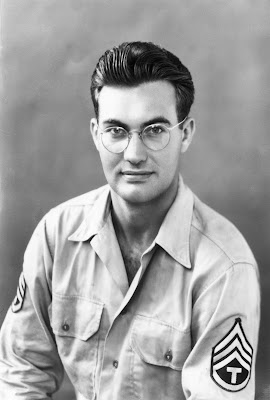 Today would have been my father's 88th birthday. It's surreal to think that he's been gone for five years. I couldn't let the day go by without giving some mention of the day's significance for me. I miss you dad.
Posted by Jerome Petteys at 10:39 PM 1 comment: 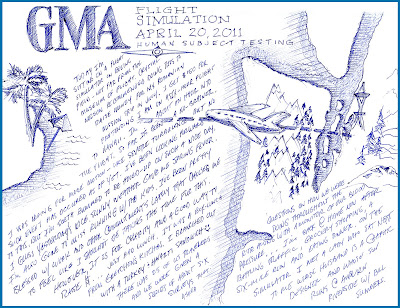 Today I tackled morning traffic and headed up to Boeing for a flight simulation test. If you ever have the time, I'd recommend it. It was located not too far from the Museum of Flight. A friend of mine recommended doing this for a way to raise money for a mission trip to Romania I'll be taking in July. As a result, I received cash for pretending I was on a six-hour flight to Hawaii. Okay, okay, it's a bit of a stretch, but it was worth playing along.

There were twenty-five of us that were bused from our parked cars to a nondescript warehouse on Boeing Field. Right next to where they are demolishing the area that was used to build planes during World War II. In the middle of this warehouse was a huge room walled with large foam wedges from ceiling to floor, making the room totally sound proof. I could immediately tell it worked when I walked into the room and walked up the stairs to the "plane."

The day was a bit of a no-brainer. We were asked to sit and do what we would normally do during a flight. Throughout the ride we were given about six surveys asking questions like did I feel serene...was my throat burning...am I happy...they even asked if I was wearing underwear. In addition, the research coordinator took some vitals from our index finger. I was hoping for a little more action during the ride--like severe turbulence, but no such event occurred.

A great box lunch was provided by Gretchen's Kitchen, as well as periodic snacks and drinks. It took me back to a time gone by when such niceties occured. I opted for a turkey and havarti sandwich (shocker). I especially liked the lemon bread that came around early on in the trip.

After the simulation, it was explained that they were testing seats and the environment. Our seats were eighteen inches wide, the cabin had white lights (as opposed to yellow or blue that they have already tested), the sound was rather quiet compared to a normal flight. We specifically did not have any entertainment. I cose to read and doodle the entire flight.

I was back to my car by 5:00 and glad to be on my way despite the anticipation of rush-our traffic. However, it turned to to be not so bad, and it was still sunny.
Posted by Jerome Petteys at 10:41 PM No comments: